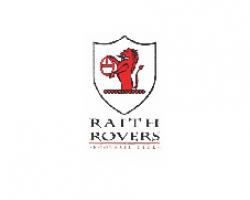 Raith 3-1 Dumbarton: Match Report - view commentary, squad, and statistics of the game as it happened.Rovers cruise to pointsRaith opened their Scottish Championship campaign with a commanding 3-1 win over Dumbarton, who made them work hard for nearly an hour before wilting in the latter stages.The home side's gameplan was compromised inside 10 minutes when last week's two-goal hero Calum Elliot withdrew with injury

In a disappointing first half, neither team troubled the respective goalkeepers.As last week against Forfar, however, Frenchman Christian Nade proved a menace to retreating defenders

A slide-rule pass from his own half sent Paul Watson clear to drive home after 55 minutes.Ryan Conroy made it two with 13 minutes remaining, the former Dundee winger adding to his debut goal last week with a fine free-kick into the top corner.Nade put the game to bed four minutes later with a smart finish, with Scott Agnew grabbing a consolation at the death courtesy of a left-footed strike